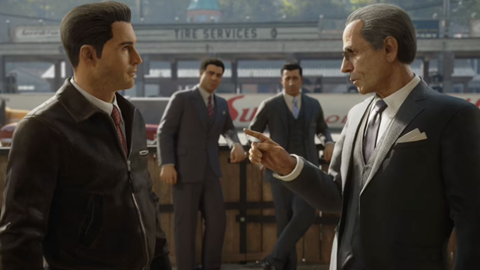 2K Games has confirmed a new entry in its Mafia series is in development at Hangar 13, the team that made Mafia III and Mafia: Definitive Edition.

General manager Roman Hladík confirmed this in a blog post celebrating the Mafia franchise’s 20th anniversary. “I’m happy to confirm we’ve started work on an all-new Mafia project! While it’s a few years away and we can’t share anything more right now, we’re really excited to keep working on this beloved franchise and to entertain our players with new stories,” the developer said.

The Mafia series debuted in 2002, with a sequel arriving in 2010. Six years later, in 2016, Mafia III was released as the first title from 2K’s new studio, Hangar 13. The studio had nothing else to share regarding its new Mafia title.

In the blog post, Hladík went on to say, speaking generally about game development, that the studio learns more with every new project. “We learn new stuff, because things keep developing, right? In the early days of Mafia, making games was… I wouldn’t say easier, but it was a small team with simpler technology and so on. Games and technology keep developing, so it’s all about constant learning,” the developer said.

To celebrate the Mafia franchise’s 20th anniversary, 2K is making the original Mafia free on Steam from September 1-5.

According to Kotaku, Hangar 13’s was working on a game, codenamed Volt, that was canceled in 2021 after parent company Take-Two reportedly spent $50 million on it.

The same report said Hangar 13’s UK team was making a Mafia prequel in Unreal Engine 5 and set in Italy, and this could be the new game confirmed today.

Hangar 13 studio head Haden Blackman resigned in May 2022. That same month, around 50 people in Hangar 13’s California office were let go. Whether or not the studio is staffing back up with a new Mafia game in development remains to be seen, but the studio currently has 30 open positions.

How a theory about transgender contagion went viral