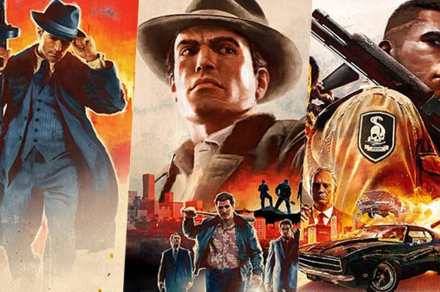 To celebrate the 20th anniversary of the Mafia franchise, Hangar 13 has announced that the studio is working on a new installment in the series.

“I’m happy to confirm we’ve started work on an all-new Mafia project,” General Manager Roman Hladik said in an interview. “While it’s a few years away and we can’t share anything more right now, we’re really excited to keep working on this beloved franchise and to entertain our players with new stories.”

There aren’t any more details about the new Mafia project, but earlier this year, Kotaku reported that Hangar 13 was working on a prequel to the Mafia trilogy code-named Nero. It would also be reportedly built using Unreal Engine 5, the same engine powering the recent Mafia and Mafia II remasters.

Bloomberg later reported that studio President Nick Baynes was trying to greenlight a sequel to Nero while the game was still in development. Hangar 13 suffered a round of layoffs earlier this year when two of its major projects, code-named Volt and Mosaic, were reportedly canceled. Both of these cancellations reportedly left many employees with little work to do, and the purpose of greenlighting the Nero sequel would be to make sure that employees could transition smoothly between projects after Nero wrapped up development.

Hangar 13 is also reportedly working on a tennis game, code-named Hammer, but there is no other information known about it right now.

Given that the new Mafia project is years away, it’s possible that it could ditch the last generation of consoles and focus on just PlayStation 5 and Xbox Series X/S, like games such as Gotham Knights did.