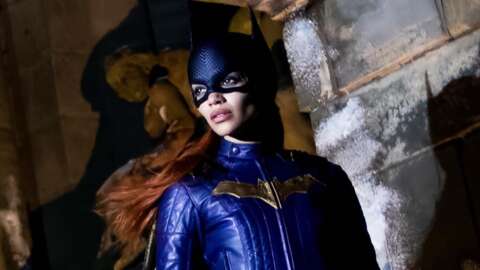 “The decision to not release Batgirl reflects our leadership’s strategic shift as it relates to the DC universe and HBO Max,” reads the statement (via The Hollywood Reporter). “Leslie Grace is an incredibly talented actor and this decision is not a reflection of her performance. We are incredibly grateful to the filmmakers… and we hope to collaborate with everyone again in the near future.”

However, co-directors Adil El Arbi and Bilall Fallah revealed to the French media outlet Skript that studio actually blocked their access to footage and that’s how they found out it had been canceled. When asked if they had any of the footage, Fallah said they had nothing.

“Adil called and told me, ‘Go ahead. Shoot everything on your mobile,'” Fallah said. “I went on the server … Everything was gone.”

“We were like, ‘f—g shit!’ All the scenes with Batman in them!”, El Arbi added. Both directors confirmed that Warner Bros. told them it was not a talent problem on our part or the actress, or even the quality of the movie.

“They told us it was a strategic change. There was new management, and they wanted to save some money,” El Arbi said.

Original reports of the directors getting blocked were mistranslated as “deleted” with fans thinking that the film had been outright taken off the production servers. The directors do hope that fans eventually see the movie, but can’t be shown as-is and would need to be completed and visual effects added in.

Embracer to acquire Lord of the Rings IP, Tripwire, Limited Run and more

How to save Google Slides as a PDF