Jeff Gardiner has a storied history of working on games like The Elder Scrolls IV: Oblivion, Skyrim, and Fallout 76, and he is now hard at work on his next grand RPG. After leaving Bethesda Game Studios last year, Gardiner formed a new studio with Obsidian Entertainment designer Charles Staples called Something Wicked Games. After securing $13.2 million in funding from NetEase in April, Gardiner revealed the studio’s first project at Gamescom Opening Night Live. That game is called Wyrdsong, and it’s a preternatural open-world RPG about the Knight’s Templar set in medieval Portugal.

Gardiner tells Digital Trends that he thinks Something Wicked Games can make this Unreal Engine 5 RPG an enticing middle ground between Bethesda and Obsidian’s formulas. “People create this rivalry between Bethesda and Obsidian because we’ve both worked on RPGs, but I really admire a lot of the Obsidian folks,” Gardiner explains. “I’m super excited at the idea that we’re going to bring these two ideas on what makes great RPGs together and make the best version of that.”

While Wyrdsong is still in the pre-alpha phase of development, I spoke with Gardiner ahead of its reveal. I learned more about what this occult fantasy RPG middle ground between Bethesda and Obsidian will look like and why Something Wicked Games wants to make players question reality in the same way that Robert Egger’s The Witch does.

“No surprise, it’s a big open-world RPG!” Gardiner explained when asked to describe Wyrdsong. “It’s a preternatural, occult historical fantasy RPG set in Middle Ages Portugal because we want vast landscapes and unique architecture. As you saw in the trailer, we really want to get into the mythological history of the Knight’s Templar and the idea that they had all these weird rituals. They’re basically the basis for a lot of the secret societies that exist today.”

Gardiner first fell in love with this topic and subject matter when traveling to Portugal just before the COVID-19 pandemic hit. He read a book called First Templar Nation that revealed many of the eccentricities of that order. He thought it would act as an intriguing backdrop to a game where players constantly question what they experience. Unlike most open-world RPGs, Wrydsong will consistently have a psychological horror tinge to it.

Gardiner directly compared Wyrdsong to the likes of The Witch and Westworld and explained that he wants to couple player choice with mechanics and a storyline that will constantly have players questioning their reality. Mix in some Shakespearean influences as well, and Wyrdsong is shaping up to be a mind-bending fantasy adventure.

“We want to explore not only a big open-world game set in this time period, but also the idea that the brain is not a passive receptor of information,” Gardiner explained. “Your subconscious has a huge role in the way the waking world appears to you. We want to explore that space of unreliable narrators and things that are not as they seem. Wyrd is an old English word for fate or karma, so we’re really going to dig into choice and consequence and see how far we can push that envelope in an RPG.”

Gardiner went into even more specific gameplay detail with Digital Trends, offering up some exclusive tidbits. He confirmed that players can choose their gender identity at the start of the game and that the Knight’s Templar is just one of several factions that players will be able to join. While he wants Wyrdsong to stand out within the open-world genre, he also wants it to be an approachable game that’s not too reliant on historical knowledge. 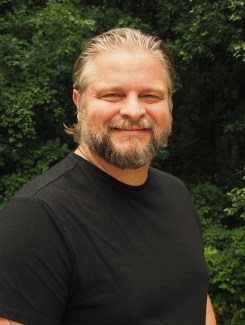 “I’m a big believer in making games sort of familiar enough to where you don’t have to learn a lot of backstory and lore and all the things that sort of can bog an RPG down, but different enough to where you want to explore the corners and see the exciting things and learn new stuff,” he said.

It’s a fascinating fantasy RPG pitch, and the teaser trailer certainly establishes Wyrdsong’s grand but weary tone. Still, the project is quite early in development, so Gardiner isn’t ready to reveal more gameplay specifics because he wants developers who come onto the team to have the chance to impact and mold the game.

“The core team now is about a dozen people building the game, and I’m really focused on giving people that come in the autonomy to make these decisions,” Gardiner said. “While we’re making a big RPG, we want to keep the studio around 70 people total because we want people to come in and have creative autonomy. We’ll set the goals and let them figure it out, come in, and tell us what they think would be awesome.”

Best of both RPG worlds

Establishing a studio during the COVID-19 pandemic is a tall task, especially considering that Gardiner has never done this before. Gardiner’s comments show that he’s eager to bring other people in and create something special. Because of the talent and experiences of the first dozen Something Wicked Games developers, there was little doubt in Gardiner’s mind that Something Wicked Games’ first title would be an RPG that combines the best of what Bethesda and Obsidian have to offer.

Gardiner believes the RPG games from Bethesda and Obsidian are endearing and endure the test of time because they are rewarding for both the players that sink lots of time into the game and the developers who work on them.

“The real inspiration behind my RPGs has been that players will be able to go into a world and affect the outcomes of the people that live there, experiment with things and see what happens, and feel like ‘I am part of a great story,’” Gardiner says. “I think that’s why RPGs win so many Game of the Year awards: they capture people’s hearts in ways that other games don’t … I want to help other developers experience the same things I’ve experienced: being able to put games out in the world that really affect people who play for hundreds, if not thousands of hours and make unbelievable memories.”

It is all about building a game that people want to be a part of.

Wyrdsong’s development is full speed ahead. There’s no release window as Something Wicked Games is planning to keep staffing up through 2024, revisit Portugal for future research, and decide how Wyrdsong will play during its pre-alpha phase. Even after it’s out, Gardiner hinted that Wyrdsong is a game that Something Wicked would like to support. And as someone who was at ground zero of Fallout 76’s release and recovery and the infamous Oblivion Horse Armor scandal, Gardiner wants to make Wyrdsong something that resonates and lasts. And by combining the strengths of Bethesda and Obsidian, Gardiner thinks he can.

“It is all about building a game that people want to be a part of, that they want to see succeed,” he asserts. “I personally am more than happy to support games that I feel have a long trajectory and ones where the devs are making changes to fix issues and building upon it. The most important thing to me is to make sure it’s a great game that people are having fun in. The rest of that stuff sorts itself out. With Wyrdsong, we just want to put out an awesome game that we can continue to support for years while also finding ways to keep Something Wicked’s lights on.”

Cult of the Lamb was not blocked from Game Pass, despite claims to the contrary

Borderlands’ Moxxi’s blended scotch whisky is back in stock