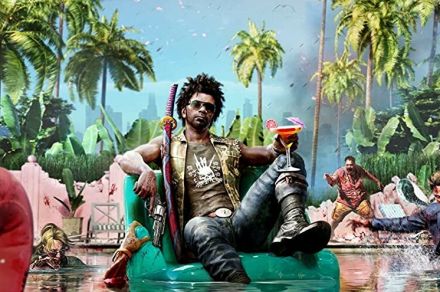 After years of delays, rumors, and an early leak, Dambuster Studios and Deep Silver finally revealed Dead Island 2 to the masses at Gamescom Opening Night Live 2022. The trailer reintroduced us to the game after eight years, highlighting all of the wild character builds players can create and defeat hordes of zombies with. The game also got a February 3, 2023, release date, so the wait for Dead Island 2 won’t be much longer.

Like the original, Dead Island 2 takes place in a tourist-heavy location. However, now we’ve gone from a vacation island to the City of Angels, Los Angeles. The trailer showed how players can explore and kill zombies in the various locales that Los Angeles has to offer. These areas range from high-class Beverly Hills neighborhoods to the sandy shores of Venice Beach. Six playable characters can be used to explore these different locations, and each can be highly customized to fit anyone’s liking. These characters, called “Slayers,” have fully customizable abilities that can be accessed using a brand-new skill system.

The playable avatars aren’t the only crazy builds that can be found in Dead Island 2. The game features tons of different Los Angeles-themed undead variants, many of whom we got an early look at in the trailer. Hopefully, Dead Island 2 can take what players enjoyed about the original and expand on it in exciting ways.

Dead Island 2 is set a 2023 release date of February 3 for Xbox One, Xbox Series X|S, PlayStation 4, PlayStation 5, and PC for $60. A day one edition containing special abilities and weapons is also confirmed to hit shelves for $70.