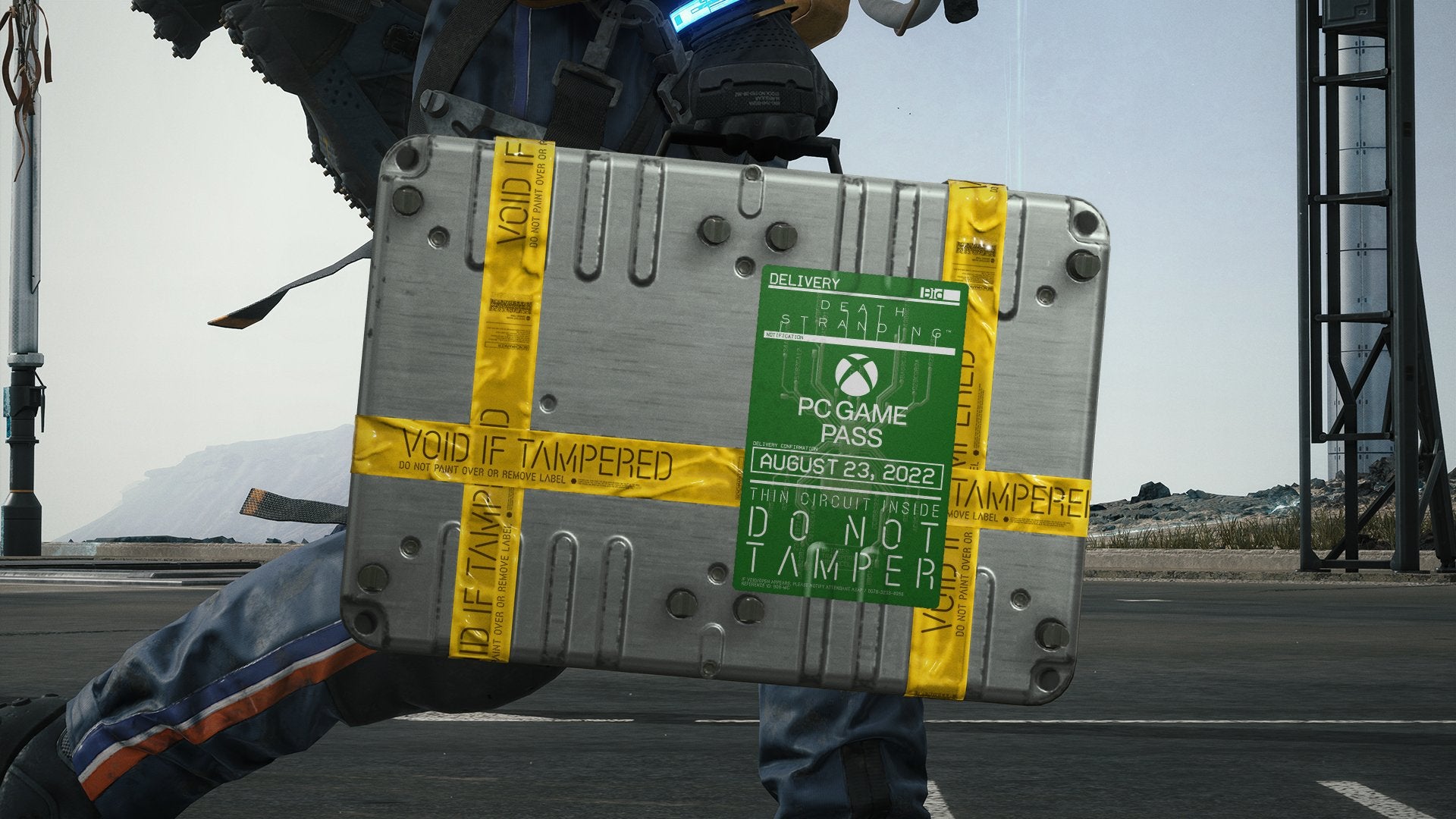 Hideo Kojima’s Death Stranding will be added to Game Pass for PC next week, on Tuesday 23rd August at 1am UK time.

Intriguingly, this appears to be the original version of the game, rather than its more recent Director’s Cut.

Published by 505 Games, the PC version of Death Stranding first arrived in July 2020, around eight months after it first popped up as a PlayStation 4 console exclusive.

505 Games does not own publishing rights to any other console versions, so it’s unlikely we’ll see the game pop up on Xbox itself.

Still, Microsoft has been busy this week teasing today’s announcement ahead of time. Fans spotted the Twitter avatar for the PC Game Pass account subtly including Death Stranding landscapes over the past few days, something the account itself then nodded to.

Kojima himself is believed to be working on several upcoming projects – including a new Xbox Cloud game with Microsoft.

There’s also the suggestion of a Death Stranding sequel – thanks to the loose lips of the game’s star Norman Reedus.

The Callisto Protocol has those good Dead Space deaths

Madden 23 Ultimate Team: How To Build A MUT Team For Free

We Are OFK – Destructoid