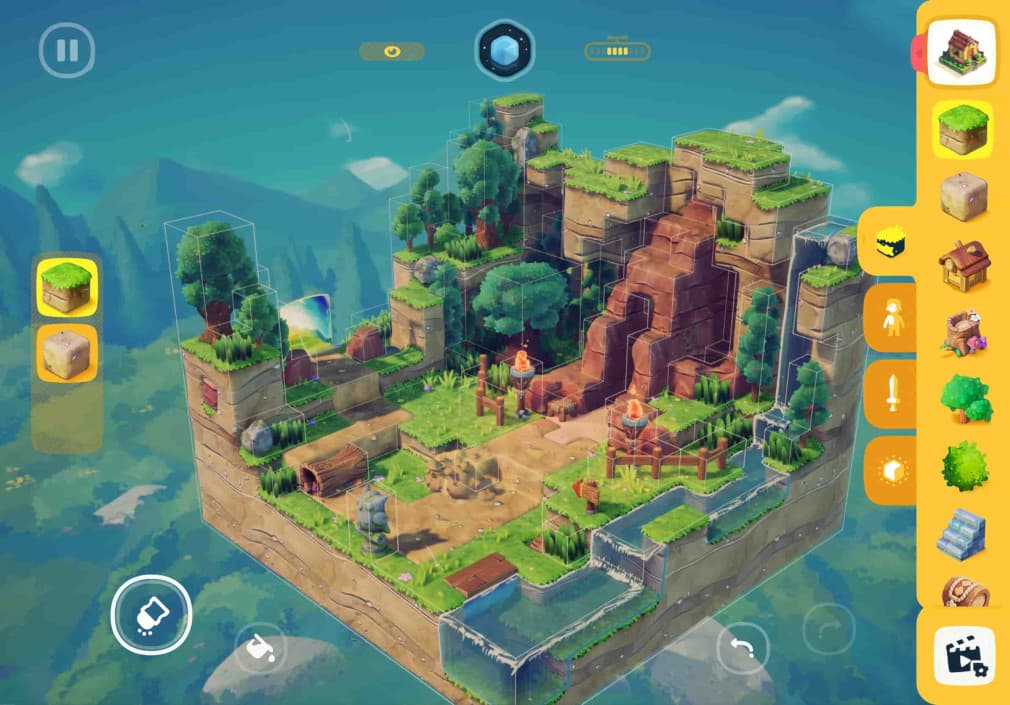 Barry Streakfries has returned. Once more he will need to battle through the laboratory and attempt to put an end to the experiments being carried out there.

Bomberman has arrived on Apple Arcade and promises stellar music and beautiful graphics. As you battle through the stages, you’ll notice the action changes based on the rhythm of the music.

HEROish sees you taking control of one of six heroes before setting off to destroy enemy towers. It’s a castle defense game where you can summon troops and use spells to best your opponent.

The latest entry in the popular Subway Surfers series is an Apple Arcade exclusive. In Subway Surfers Tag, you will head to numerous city locations and skate, grind, and tag your way to a high score. The Guard will be there to make things more tricky though, so be ready to evade him.

Legendary game creator, Yu Suzuki, has released a fantasy-themed endless shooter to Apple Arcade. It sees you playing as Princess Arch, battling against a bunch of invaders who are keen to destroy your planet.

Pick your favourite Sonic the Hedgehog character before running, jumping and dashing through plenty of levels. Alongside regular running levels, you will also face off against Eggman and Zac in special Boss Racing stages.

Alto’s Adventure is a mobile classic that sees players embarking on a snowboarding adventure where they’ll grind over rooftops and leap across perilous chasms. The remastered version includes new challenges for players to tackle and several new set pieces.

Shadow Blade is an action platformer that follows Kuro, a young man on a quest to become the titular Shadow Blade. It features 40 different levels where players will find traps to avoid and enemies to battle.

Disney Melee Mania is a MOBA that features a variety of characters from the franchise’s many popular films. Each match lasts five minutes, making it great for playing on the go and there are currently 12 Champions to choose from, including Buzz Lightyear and Wreck-It Ralph.

Oddmar sees the titular character embarking on a journey to prove himself worthy of a place in Valhalla. Along the way, he will collect magically imbued weapons and shields that will help him smite down his foes.

Get a blast of nostalgia with Galaga Wars+, which sees you taking control of the iconic spaceships and gunning down waves and waves of enemies.

Play as a cute bird who has always dreamed of flying. Run downhills to use them as jumps to soar through the air, if only for a moment.

The extremely popular Crossy Road is now available on Apple Arcade, allowing you to collect all the characters and the numerous stages as part of your subscription.

The popular endless runner is now available on Apple Arcade. Fly through several levels using a bullet-powered jetpack as Barry Steakfries looks to put an end to a group of scientists who are up to no good.

Alto’s Odyssey: The Lost City is the definitive version of the gorgeous endless runner. It features an all-new biome for players to explore alongside additional challenges to beat.

The classic slingshot action game returns with new birds, pigs and challenges. There’s also a brand new game mode to enjoy where players are tasked with stopping the Eagles from wreaking havoc on the island.

Leo’s Fortune is a platformer where you will hunt down a fiend who rudely stole your gold. The game has received a lot of praise since it first launched and now you can play it as part of your Apple Arcade subscription.

Wonderbox is an action-adventure game set in beautiful dioramas. Discover this ever-expanding universe with your friends and family, where you can make and share your own adventures.

The game is set in a beautiful environment inspired by traditional Japanese artwork with gorgeous stages pulled from ukiyo-e woodblock prints. Along the way, they’ll meet samurai allies and a menagerie of yokai, each with their own techniques and combo possibilities.

Blast your way through the endless zombie hordes whilst laying traps and obstacles to help make that job a little easier. The game makes use of random generation to ensure each run feels different to the last.

Journey through time and finally stop Aku’s evil reign in this new adventure from the creators of Samurai Jack.

In Scrappers, up to 4 players can team up to clean up the streets of a futuristic city teeming with garbage — and trash anyone who gets in their way!

Kings of the Castle (Frosty Pop)

The dragon Zantorian locked Prince Rupert away in a castle tower on a dangerous and mysterious island. Lord Baldor dispatches the princess to investigate the hostile and unfamiliar territory and save the prince.

Marble It Up: Mayhem! (The Marble Collective)

World-class level design, buttery-smooth controls, and brand-new multiplayer – welcome to the beginning of the best marble experience yet!

How much footage will you get, will it be clear, will you be kidnapped and subjected to scientific experiments? Only time will tell!

A retro-fueled underwater adventure where you can create your own soundtrack.

Star-Fetched is a sci-fi platformer about a young space adventurer who is mysteriously teleported to a faraway solar system to help defend against an oncoming alien invasion.

Compete with players from around the world in hyper-casual competitive mini-games or throw a Super Mega Mini Party with friends!

Fallen Knight is a futuristic knight’s tale that lets players play as a descendant of the great Lancelot in King Arthur’s tale.

A succulent serving of multiplayer barnyard bedlam, Hogwash is guaranteed to have you squealing with delight!

ShockRods is about shooting and avoiding being shot by jumping and dodging. ShockRods features solo and team games that take place in natural surroundings and future sports arenas.

Redout: Space Assault puts you in control of a Super Orbital Recon Fighter during the 2395 Colonization of Mars: dive in the fastest, most epic and exciting arcade space battle you can experience on an Apple device.

This is an action driving game where you’ll be swerving around corners, collecting new powers, and shooting down choppers, all while zipping past bullets.

BattleSky Brigade Harpooner is a shoot’em up and “fishing” game. Shoot open barrels and enemies and avoid obstacles on the way up, like a classic vertical shoot em’ up!

Ghostbust for minimum wage in this stylish twin-stick shooter.

EarthNight is a painting brought to life and a retro-style platformer arcade game. Dragons have taken over the Earth, and humanity has fled to space.

Explottens is a heart-pumping, hair raising, twin-stick shoot ‘em up that follows Kit the pilot and his band of misfits as they zip, boost, and shoot through the sky, battling the ferocious felines of K.L.A.W.

You entered the dungeon once, now it’s time to find your way out.

Leap from the nest into a fun-filled adventure! Meet cute feathered friends, each with their own wondrous story to tell, as they dodge dastardly pirate lizARRrds, dash through frozen forests, dive through sunken temples, and flap their way from fledglings to fully-fledged heroes!

In Hexaflip you flip through hexagonal mazes filled with deadly obstacles, avoid hammers, spikes, lasers and more to collect orbs and reach the end!

The floor is lava, so you best stay off it any way you can.

Build your way to the top in this lighthearted, team action brawler where anything can happen.

A visually stunning adventure through a musical wonderland.

Speed Demons is the ultimate highway racing simulator, with breakneck speeds, amazing physics-based crashes, and the most intense TRAFFIC ever seen in a video game.

To solve world hunger, INGESTCorp creates eight-legged creatures with all the meat and muscle humanity needs to survive.

Race along a long, descending road – but when the finish line is below you there are plenty of opportunities for shortcuts.

Towaga is a fast-paced action video game where you play as Chimù, a light-wielder protecting the temple of Towaga. Your focus, accuracy, and patience will be put to the ultimate test as you cleanse the world from its curse.

The Expanse: A Telltale Game's new trailer shows you can float around between ethical quandaries

FFXIV’s 6.2 Patch Notes: Everything You Need To Know About Island Sanctuary