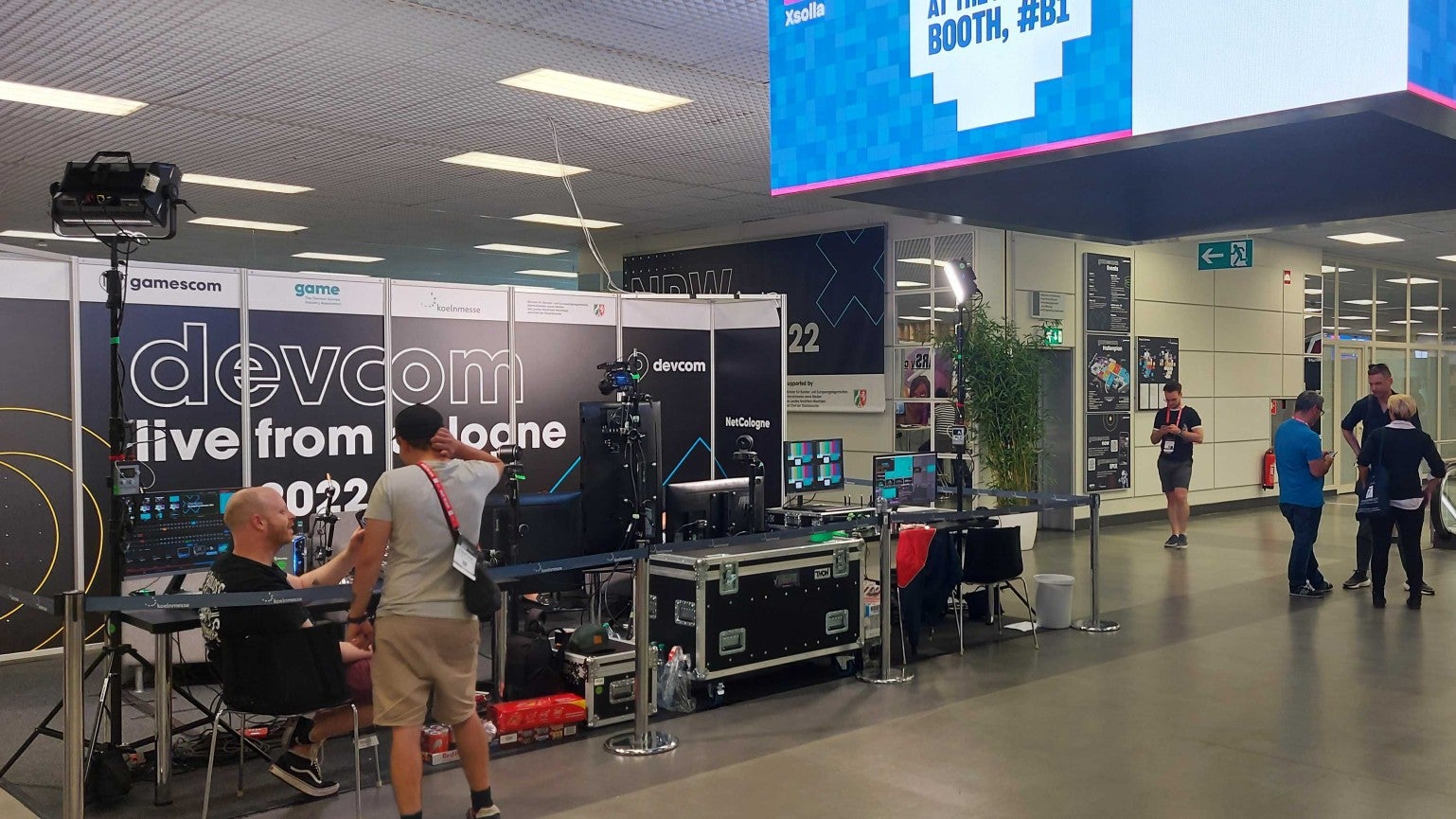 The organisers of Devcom and Gamescom have reported that a participant has been banned from this week’s events following an alleged incident of sexual harassment.

An email was sent out to Devcom attendees today, stating that the team behind the Cologne conference was informed of an incident that happened yesterday evening where a man “used inappropriate language to sexually harass a participant.”

The accused was identified as an employee of an external service provider “that does not belong to Devcom.” He has been “dismissed from his service and escorted from the site,” as well as banned from future events at Koelnmesse.

“The Devcom Developer Conference and Gamescom do not tolerate any form of sexual assault and every case of misconduct reported to us will be investigated and dealt with immediately,” the team wrote.

The organisers urged anyone who has observed or been affected by attacks, misconduct or any violations of its anti-harassment policy to either speak to a member of staff or use the anonymous harassment report form.

Felix Falk, co-organiser of Devcom and Gamescom, and managing director of German trade body Game, met with GamesIndustry.biz at the show today to comment.

“Devcom and Gamescom stand for events for everyone,” he said. “We have safe space and non-harassment policies in place, and we have a zero tolerance policy overall. That’s why the teams immediately took action, even though this was a single case. That’s how we create a safe space for the industry and all the communities.

“It’s sad to say but something like this can always happen. It’s important that you have the structures and processes where you can immediately take action, and that you’re sending strong signals about what the event stands for.

“We position Devcom and Gamescom as safe, diverse, good events. We don’t want people like this [to affect that] but we can’t be 100% sure that nothing happens. The important question is how fast you take action, and this shows that we do, that we have those structures and processes in place, and that we have a zero tolerance policy which we execute.”

Fortnite's latest Level Up Pack for Chapter 3: Season 3 features the Phantasm set and 28 levels up for grabs

Will M&A bring relief to media startups amid a public-market hangover? – TechCrunch

Samsung previews IFA 2022 event: It’s all about the smart home