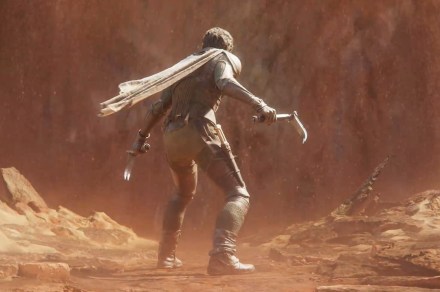 The popular Dune series made an appearance at Gamescom 2022. Unlike past games under the series’ umbrella, this new title, Dune Awakening, is taking a step away from the real-time strategy genre and presenting fans with a new open-world survival, massively multiplayer online experience by Funcom.

Not much is known yet about this new Dune title besides the genre and that it’s set on Arrakis. As with titles in the series’ past, it can be assumed that spice trading will be an integral part of the game’s monetary system.

Dune Awakening is the latest in what feels like a recent revival that the entire Dune franchise has been going through since the release of the 2021 Dune reboot film.

The most recent Dune title to be released was Dune: Spice Wars, a real-time strategy game that we at Digital Trends called a strategy game more for die-hard RTS fans than Dune series fans.

This has been the case with Dune RTS games for years, as the genre is steeped in a large barrier-to-entry for newcomers. With a new Dune film making the series larger than ever thanks to an all-star cast and larger budget than ever before, Dune Awakening could serve as a game that is actually open to more than just a specific audience.

Dune Awakening doesn’t yet have a set launch date or window yet, but it is set to launch on most current-gen consoles, including Xbox Series X|S, PlayStation 5, and Windows PC. The game also has an upcoming beta.