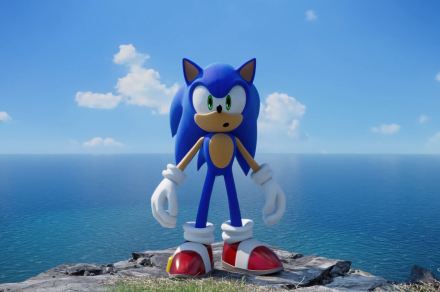 Gamescom, the biggest gaming event in Europe, is here once again. Alongside it, we got another reveal-filled livestream organized by Geoff Keighley, the man behind Summer Game Fest Kickoff and The Game Awards. As the final big gaming showcase of the summer, Gamescom Opening Night Live gave developers another opportunity to highlight games they will release throughout the rest of 2022 and into early 2023.

Thanks to leaks and teases from Geoff Keighley, we knew a lot of what will show up at Gamescom Opening Night Live. We saw new footage of The Callisto Protocol, Hogwarts Legacy, High On Life, Gotham Knights, and more, and got official announcements for the new version of Dead Island 2 and the release date for Sonic Frontiers. There were still some fun surprises, though. As such, you should check out this list of every game announced during the Gamescom Opening Night Live 2022 showcase.

The second announcement of the show was Dune Awakening. It’s an ambitious open-world survival MMO set in the universe of that popular sci-fi franchise. Players must try to survive on Arrakis by building bases, finding resources, and fending off enemy factions. While Funcom has teased for a while, it’s nice to have confirmation and a cinematic trailer for the game, finally. There’s no release date, but Funcom will hold a beta for Dune Awakening before launch.

Sonic Frontiers will actually come out this year

While divisive early looks at gameplay made some fans doubt whether or not Sonic Frontiers would release this year, we learned at Gamescom Opening Night Live that it will. A brand new trailer for the game was shown off that confirmed the leaked November 8 release date, which puts the game up against Skull & Bones and God of War: Ragnarok. At launch, Sonic Frontiers will be available on PC, PS4, PS5, Xbox One, Xbox Series X/S, and Nintendo Switch.

Killer Klowns from Outer Space is getting a multiplayer game

Former Bethesda Game Studios developer Jeff Gardiner showed up to Gamescom Opening Night Live to unveil Something Wicked Games. This is a brand new studio made up of former Bethesda and Obsidian Entertainment RPGs, and they are making a brand new game called Wyrdsong. Wyrdsong is an occult RPG set in medieval Portugal. While it seems like the game won’t be released for a while, Wyrdsong certainly has an intriguing and spooky reveal trailer.

Dead Island 2 rises from the dead next February

While a leak stole this announcement’s thunder, Dead Island 2 was shown off officially for the first time in years at the final announcement at Gamescom Opening Night Live. We were introduced to a brand new version of the game, which follows a group of six Slayers as they fight off the zombie threat in Los Angeles with customizable abilities and brutal combat. After over eight years of waiting, players won’t have to wait much longer as Dead Island 2 will be released for PC, PS4, PS5, Xbox One, and Xbox Series X/S on February 3, 2023.

Will M&A bring relief to media startups amid a public-market hangover? – TechCrunch