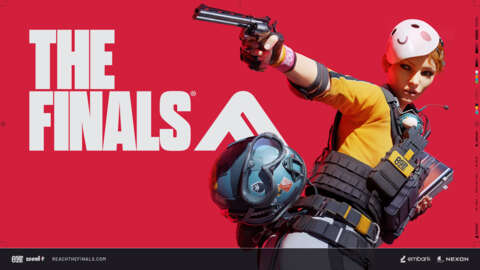 At Gamescom 2022, a new trailer for The Finals, was revealed from former Battlefield developers, and in the trailer for the game-show-meets-FPS, we got to see

The 24-second trailer opens up with an arcade-like screen with the words “Insert Coin”; it’s followed by many destroyed buildings, a woman running away, and gunfire. All while the words “Can You Reach The Finals” appear quickly on the screen.

The Finals is a free-to-play PvP FPS game from Embark Studios where players will fight alongside teammates to reach “The Finals?” The maps in-game will be based on real-world iconic locations, and players will be able to alter the map by destroying specific areas. Players will have the option to craft loadouts to fit their playstyle.

Although The Finals doesn’t have a release, it will have a Steam playtest that is set to begin soon.

To learn more about other announcements at Gamescom, check out these stories:

Why Mosaic Mode on YouTube TV would make sense

Ex-GTA dev's new studio reveals Everywhere, which is probably like either Roblox or Second Life

Tower Of Fantasy has already teased its first major update, which adds a cyberpunk city