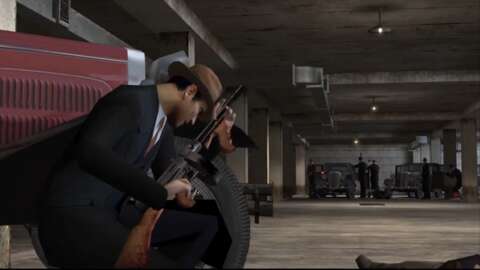 To celebrate the Mafia franchise’s 20th anniversary, the original Mafia title will be free on Steam from September 1 through September 5. Once you’ve claimed the game, it’s yours to keep forever–so make sure you find time to add the mob adventure to your Steam library.

It’s hard to believe, but the original Mafia game has already been around for two decades. The classic third-person shooter launched in 2002, bringing a gritty mob story to consoles and PC. You’ll step into the shoes of cab driver Tommy Angelo as he gets pulled into the world of organized crime–and before he knows it, he’s evading the cops, getting in shootouts, and exploring the massive town of Lost Heaven as he becomes more entangled in this criminal empire.

Coinciding with the free game reveal was the announcement of a new Mafia project.

“I’m happy to confirm we’ve started work on an all-new Mafia project,” said Roman Hladik, General Manager at Hangar 13. “While it’s a few years away and we can’t share anything more right now, we’re really excited to keep working on this beloved franchise and to entertain our players with new stories.”

In the meantime, you can play through the game that started it all entirely free on Steam. And if you need something more modern, you can check out Mafia: Definitive Edition for a reimagined take on the original adventure.

The Fate of Video Game Preservation Is in Your Hands

The best external hard drives for 2022

Why organisations need to harmonise their CIO and CISO roles