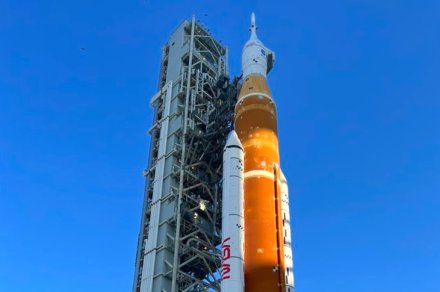 NASA is about to perform the first-ever launch of its next-generation rocket and spacecraft in a highly anticipated lunar mission, and you can watch the entire event online.

The Artemis I mission, which is scheduled to launch from the Kennedy Space Center in Florida on Monday, August 29, will usher in a new era of space exploration as NASA eyes lengthy crewed stays on the moon and the first astronaut voyage to Mars.

The SLS rocket will send the crew-less Orion vehicle on a 42-day test flight that will see it perform a fly-by of the moon, taking the capsule within 62 miles of the lunar surface. It will then return to Earth for a splashdown off the coast of California.

A successful Artemis I mission will pave the way for Artemis II, which will take the same route, only this time, with astronauts on board. Then, as early as 2025, Artemis III will endeavor to put the first woman and first person of color on the lunar surface in what will be the first astronaut lunar landing since the final Apollo mission in 1972.

If you’re not lucky enough to be able to head to the Space Coast to watch the launch in person, then simply find a comfy seat at home and watch it from there instead.

The launch of Artemis I from the Kennedy Space Center in Florida is currently scheduled for 8:33 a.m. ET on Monday, August 29. Coverage of the build-up, including the rocket’s fueling process, will start at 6:30 a.m.

You can watch a livestream of the event by using the video player embedded at the top of this page or by heading to NASA Live TV, which will carry the same feed.

Besides what promises to be a spectacular rocket launch, the livestream will also cover the rocket’s core stage separation, Orion’s solar wing deployment, and various burns and maneuvers that will take place in the 90 minutes or so after the SLS lifts off. After that, this handy online tool will let you track Orion’s progress during its six-week journey to the moon and back.

If, for whatever reason, NASA is unable to launch on Monday, two further launch opportunities are available on September 2 and September 5.

We’ll be sure to update this article with any changes to the schedule just as soon as we hear about them.

Hogwarts Legacy has branching quests and lets you torture your friend

Don't expect to see more of Starfield at Gamescom

Windows 11 is getting an update that IT admins will celebrate

Microsoft Outlook is changing, for better and worse

Deliver Us Mars rocks up with a new story trailer