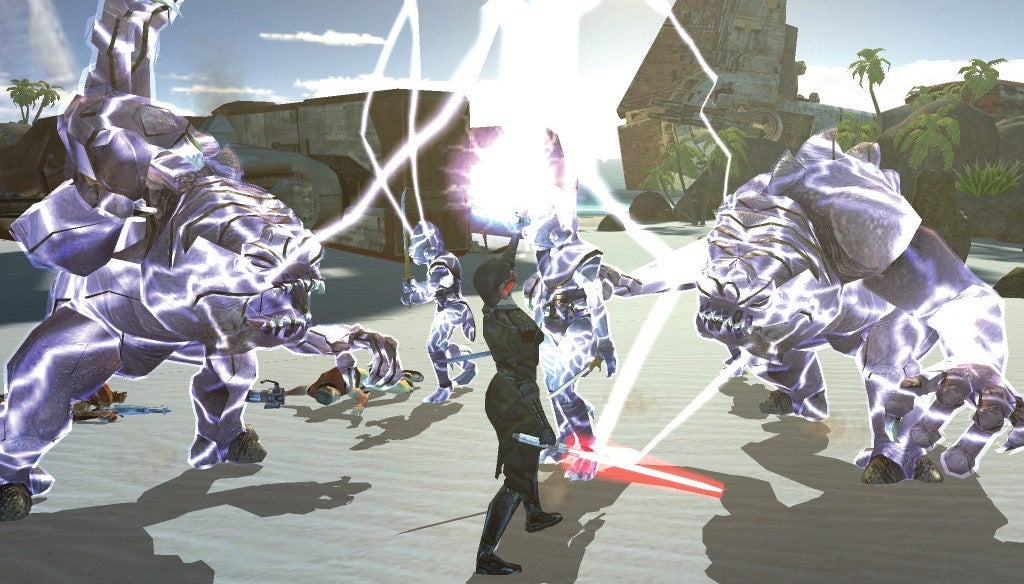 The development of the upcoming remake of Star Wars: Knights of the old Republic has reportedly been passed to another studio.

Bloomberg reports that the project, which was initially being led by Austin-based Aspyr Media, is now in the hands of Saber Interactive, specifically one of its European studios.

Both developers are subsidiaries of Embracer — the Swedish firm bought Saber in February 2020 for $525 million, and then snapped up Aspyr in February 2021 for $100 million.

In its latest financial report, Embracer disclosed that one of its AAA projects had transitioned to another studio within the group, as to “ensure the quality bar is where we need it to be for the title.”

Embracer added that it is “not expecting any material delays” due to the studio swap, but those familiar with the Star Wars project told Bloomberg that it’ll likely take another two years to finish, at least.

A vertical slice of the project was also shown to Lucasfilm and Sony, but it reportedly did not meet the partner’s expectations for the game, leading to the decision that its current direction was unsustainable.

MultiVersus has welcomed 20 million players to its cartoon chaos – Destructoid

Wi-Fi 7: How the next wireless breakthrough will power up your Apple devices