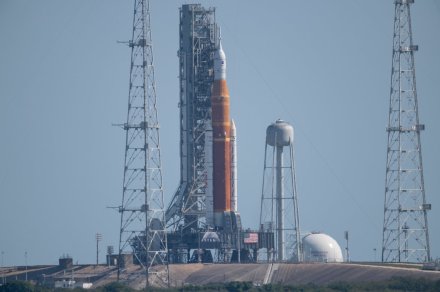 NASA chief Bill Nelson has been speaking about the space agency’s decision to call off the maiden launch of its next-generation rocket on Monday after engineers spotted an issue with one of its engines just 40 minutes before it was set to lift off from Florida’s Kennedy Space Center.

“We don’t launch until it’s right,” Nelson said in an interview that he gave shortly after the uncrewed rocket flight was shelved on Monday morning.

Nelson, who flew to orbit aboard the Space Shuttle Columbia in 1986, said: “There are certain guidelines, and I think it’s just illustrative that this is a very complicated machine, a very complicated system, and all those things have to work.”

He added: “You don’t want to light the candle until it’s ready to go.”

Few would argue with that, but precisely when the Space Launch System (SLS) rocket will get to take its first flight isn’t currently clear. The next launch window opens on Friday, September 3, but NASA engineers first have to resolve the engine issue that forced the team to call off Monday’s launch. A decision is likely to be announced at a media teleconference being held by NASA at 6 p.m. ET on Tuesday, August 30.

Nelson noted that his own Space Shuttle flight 36 years ago was scrubbed four times before it finally blasted skyward.

“The fifth try was a flawless mission,” the NASA boss said. “We know that if we had launched on any one of those scrubs, it would not have been a good day.”

Nelson continued: “It’s just part of the space business and it’s part of particularly a test flight. We are stressing and testing this rocket and spacecraft in a way that you would never do with a human crew on board, that’s the purpose of a test flight.”

Acknowledging the stellar efforts of the mission’s launch team, Nelson said: “I want them to know that they’re doing the perfect job that they always do. They’re taking the opportunity, while that vehicle is still fueled up, to work this problem, and they’re going to work it, they’ll get to the bottom of it, they’ll get it fixed and then we’ll fly.”

When the most powerful rocket that NASA has ever built does get off the ground, it will propel the Orion spacecraft toward the moon in a key test flight that will eventually lead to a crewed landing on the lunar surface, possibly in just a few years from now. After that, NASA wants to build a moon base for long-duration stays, and use what it learns from the lunar missions to send the first astronauts to Mars, possibly in the 2030s.