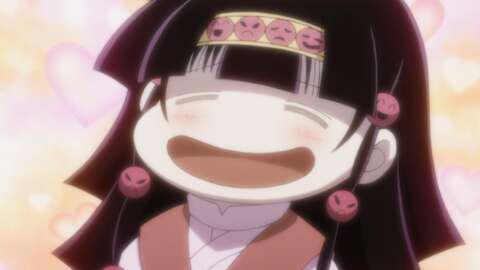 Netflix has has teamed up with Nippon TV again for a new licensing deal, that will add 13 anime series from the Japanese network to the streaming platform’s library. The new additions include a number of cult-classic anime series with high episode counts, so there’ll be plenty of binging available as these licensed series roll out.

Fans can expect the popular Hunter X Hunter, dark fantasy series such as Claymore and Berserk, the long-running boxing saga Hajime no Ippo, and more when Netflix begins gradually adding these shows to its platform. While some of the series will have a more limited rollout geographically, the majority of these shows will stream in over 100 countries, including the US, Spain, Italy, and the United Arab Emirates during the licensed period.

Hunter X Hunter will arrive first on September 1 with a block of 38 episodes and will be followed by Ouran High School Host Club and Claymore on the same day. You can find the full list below and the overall episode count for each series below:

Anime has become a large part of Netflix’s library over the years. The streaming platform contains a mix of new and cult-classic anime series and has even adapted several of them to live-action, such as Death Note and Cowboy Bebop, with mixed results. Cowboy Bebop only lasted a single season, a new Death Note adaptation is being helmed by Stranger Things creators Matt and Ross Duffer, and a live-action One Piece show is coming soon.

Outside of Netflix, the anime season for 2022 is starting to heat up. A new season of Mob Psycho 100 is coming, the first season of Chainsaw Man lands on Crunchyroll soon, and the third season of One-Punch Man is officially in production.

Meet the judges for the Minneapolis TechCrunch Live pitch-off – TechCrunch

Satellites Keep the World’s Clocks on Time. What if They Fail?

Lessons from a 2-time founder – TechCrunch