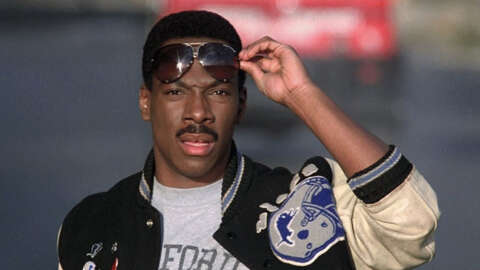 The long-in-development Beverly Hills Cop 4 slated for Netflix will be titled Beverly Hills Cop: Axel Foley, according to Deadline. The publication is also reporting that the film has officially begun production.

Further, unnamed sources have told Deadline that Taylour Paige (Zola, Ma Rainey’s Black Bottom) and Joseph Gordon-Levitt (The Dark Knight Rises, Inception) will be joining Eddie Murphy as he steps back into the titular role. It has not been announced who each of these actors will be portraying, nor what side of the law they might be on. There also has not been news, yet, on whether any stars from the original three Beverly Hills Cop films will be reuniting with Murphy in the new film.

Beverly Hills Cop: Axel Foley is directed by Mark Molloy and written by Will Beall, with Murphy starring and producing alongside Jerry Bruckheimer, Chad Oman, and Melissa Reid. Charisse Hewitt-Webster and Ray Angelic will executive produce.

Beverly Hills Cop 4 has been in the works for several years. In June 2016, Belgian directors Adil El Arbi and Bilall Fallah were hired to direct, with production expected to begin in 2017. This, obviously, didn’t wind up happening. Beverly Hills Cop 4 was originally announced in the mid-’90s, and then again a decade later, with Rush Hour’s Brett Ratner initially lined up to direct. Several attempts have been made through the years to revive the action-comedy franchise for television.

The original Beverly Hills Cop was released in 1984, and it was the most successful movie of that year. It was followed by two sequels in 1987 and 1994.

Authenticity and freedom through beauty filters on social media

Bloodstained is getting a Journey crossover – Destructoid