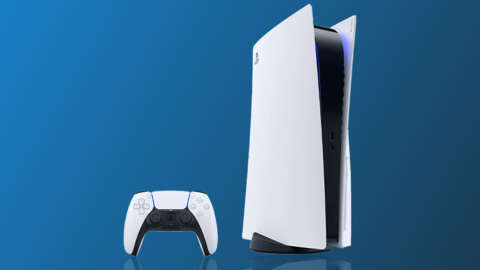 New PS5 console models have launched in Australia, and similar to previous PlayStation iterations of the pat, they bear new model numbers. These new editions–the CFI-1202B digital console and the CFI-1202A disc console–don’t have any outward changes but internally they are lighter.

As spotted by Press Start, the Disc PS5 has shed another 300 grams and now weighs 3.9 kg, while the Digital PS5 is 200 grams lighter and tilts the scales at 3.4 kg, This isn’t the first time that Sony has trimmed down the PS5, as a previous revision saw its heatsink swapped out for a slimmer version. In total, the Disc PS5 is now 600 grams lighter than the original model and the Digital PS5 has lost 500 grams overall.

While Sony hasn’t revealed any plans for a PS5 Slim, that hasn’t stopped one YouTuber from taking the initiative. DIY YouTuber Matt Perks took on the challenge and created an elegantly slim PS5 by jettisoning the heatsink and using a copper shell to house all the internal components inside of. Just don’t pay attention to the massive water-cooling system plugged in behind his TV.

While the PS5 console is going to lose some weight, expect your bank account to also shed some excess cash if you live in one of several markets where a price increase on the Sony hardware has recently kicked in. Sony blames global economic challenges and adverse currency trends for the retail price increase in Europe, the United Kingdom, the Middle East, Africa, Asia, and parts of North America, although the US has been spared.

In response to this move by Sony, Nintendo announced that Switch prices would remain the same–despite growing production costs–and Microsoft also confirmed that no Xbox Series X|S price increase is currently on the cards.

Why the Ryzen 7000 price cuts are such a big deal

Xiaomi Redmi phones to ship without chargers too