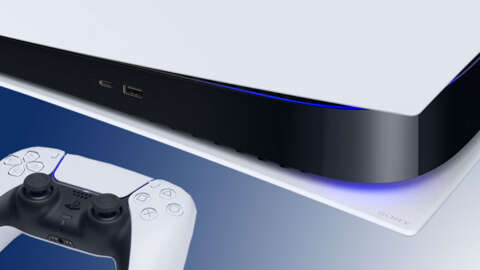 New PS5 console models have launched in Australia, and similar to previous PlayStation iterations of the past, they bear new model numbers. These new editions–the CFI-1202B digital console and the CFI-1202A disc console–don’t have any cosmetic changes but are lighter than the previous builds.

In other Sony news, PlayStation has now acquired yet another big studio. Sony Interactive Entertainment today announced plans to buy Savage Game Studios, a mobile studio based in Finland and Germany, that is currently working on a AAA live-service game for mobile. Whether or not this game will be a PlayStation franchise or a new IP remains to be seen.

And while we’re on the subject of mobile games don’t forget we’re hosting our first ever Mobile show, Swipe, on September 8 at 10am PT / 1pm ET.

The showcase will feature a wide variety of games from different genres, and you can expect exclusive trailers and gameplay videos, game reveals, and new details on upcoming live-service game updates. Some of the major publishers and developers confirmed for the show include: Activision, Apple Arcade, EA, Netflix, Ubisoft and more.

Alongside all of this, you can look forward to in-depth coverage here on GameSpot, providing a further look into all of these exciting games. With improvements to mobile phone hardware and the advent of mobile gaming controllers, there’s never been a more exciting time to play games on your phone, whether it’s a full-fledged version of what you’d find on consoles in Genshin Impact or a mobile-specific creation like we’ve seen from franchises such as PUBG, Call of Duty, or Rocket League.

The Last of Us Part 1 Has Several Innovative Accessibility Features