Although the royal family has yet to confirm the official list of attendees for Queen Elizabeth II’s funeral, various heads of state have already confirmed their planned attendance at the Westminster Abbey ceremony scheduled for Monday, Sept. 19.

Buckingham Palace revealed the full schedule of the funeral plans — which will begin in London and end in Windsor — including the several categories of dignitaries invited: global government representatives, foreign royal families, governors general, realm prime ministers and heads of state.

President Joe Biden and First Lady Jill Biden will be present, along with all of the heads of the Commonwealth including Canadian Prime Minister Justin Trudeau, Indian President Droupadi Murmu and South African President Cyril Ramaphosa. Joining them will be President of the European Commission Ursula von der Leyen, French President Emmanuel Macron, Ukraine’s First Lady Olena Zelenska and the presidents of Austria, Finland, Germany, Hungary, Ireland, Italy and Poland, among other representatives.

Of the royal family, Queen Elizabeth II’s children Princess Anne, Prince Andrew and Prince Edward will be at the ceremony. They will be accompanied by their significant others. The late Queen’s grandchildren — Prince William, Prince Harry, Peter Phillips, Zara Tindall, Princess Beatrice, Princess Eugenie, Lady Louise Windsor and James, Viscount Severn — will also be attending, as reported by The Telegraph.

Other Royals expected to attend the funeral ceremony include Queen Elizabeth II’s cousins: the Duke of Kent, Prince and Princess Michael of Kent, Princess Alexandra and Prince Richard, Duke of Gloucester. Plus, a long list of royals from other European countries like Belgium, Denmark, Monaco, the Netherlands, Norway, Spain and Sweden, have already confirmed attendance.

Six countries were excluded from the projected guest list: Russia, for its invasion of Ukraine, and Belarus for organizing the barrage; Afghanistan, which remains under Taliban rule; Myanmar, due to the military coup of its government through the last year; Syria, where the UK has no diplomatic relations because of an ongoing civil war; and Venezuela, which also has no diplomatic ties to the UK.

On Sunday, King Charles will convene with the heads of state and official overseas guests at Buckingham Palace.

For those in the States, Monday’s ceremony will be available to view on NBC, CNN, ABC and Fox News on cable TV. BBC America will also air the state funeral live at Westminster Abbey starting at 4:00 a.m. EST. In the UK, live coverage will be available on BBC One, BBC News, and Sky News. 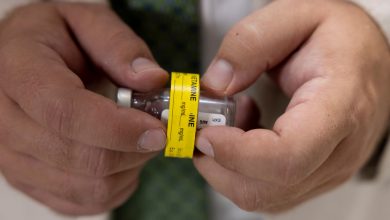