One of the quieter, but no less exciting, headlines from yesterday’s Nintendo Direct presentation was the announcement that Treasure’s legendary shmup Radiant Silvergun is now available on Nintendo Switch. The 1998 smash hit can be purchased from the eShop right now, priced at an admittedly hefty $20.

The Treasure-developed classic has something of a legacy with video game fans of a certain age, as it was mostly the stuff of legend to those who were not acquainted with the import scene, or had access to a decent arcade center. While considered one of the greatest shmups ever released to that point, Radiant Silvergun was tough to locate in North America and Europe, while the subsequent Sega Saturn port never left Japanese shores, and would fetch high prices on the secondary market.

Eventually, the frenetic shmup would find a wider audience through its 2011 Xbox 360 rerelease, and with this new Switch port, a new generation of shmup fans can blast off into the iconic action… It looks like you’ll still have to pay through the nose for the privilege, but at least we aren’t dropping $250 on eBay anymore. Rumors persist of a new Radiant Silvergun project, currently in the works to coincide with Treasure’s 30th anniversary. With Tokyo Game Show kicking off tomorrow, the truth will likely be out soon enough.

Radiant Silvergun is available now on Nintendo Switch. (Shortly after writing this article, the listing mysteriously vanished from the North American version of the eShop, though it was still available for purchase elsewhere.) 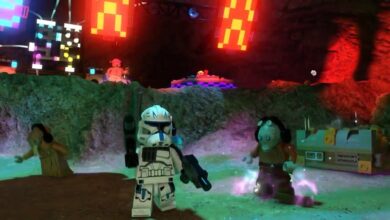 The Skywalker Saga is getting a Galactic Edition 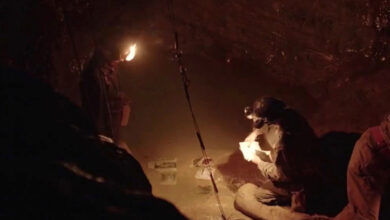 Off Topic: Il Buco is a transporting film about a really big hole

Baby seals are born with a sense of rhythm