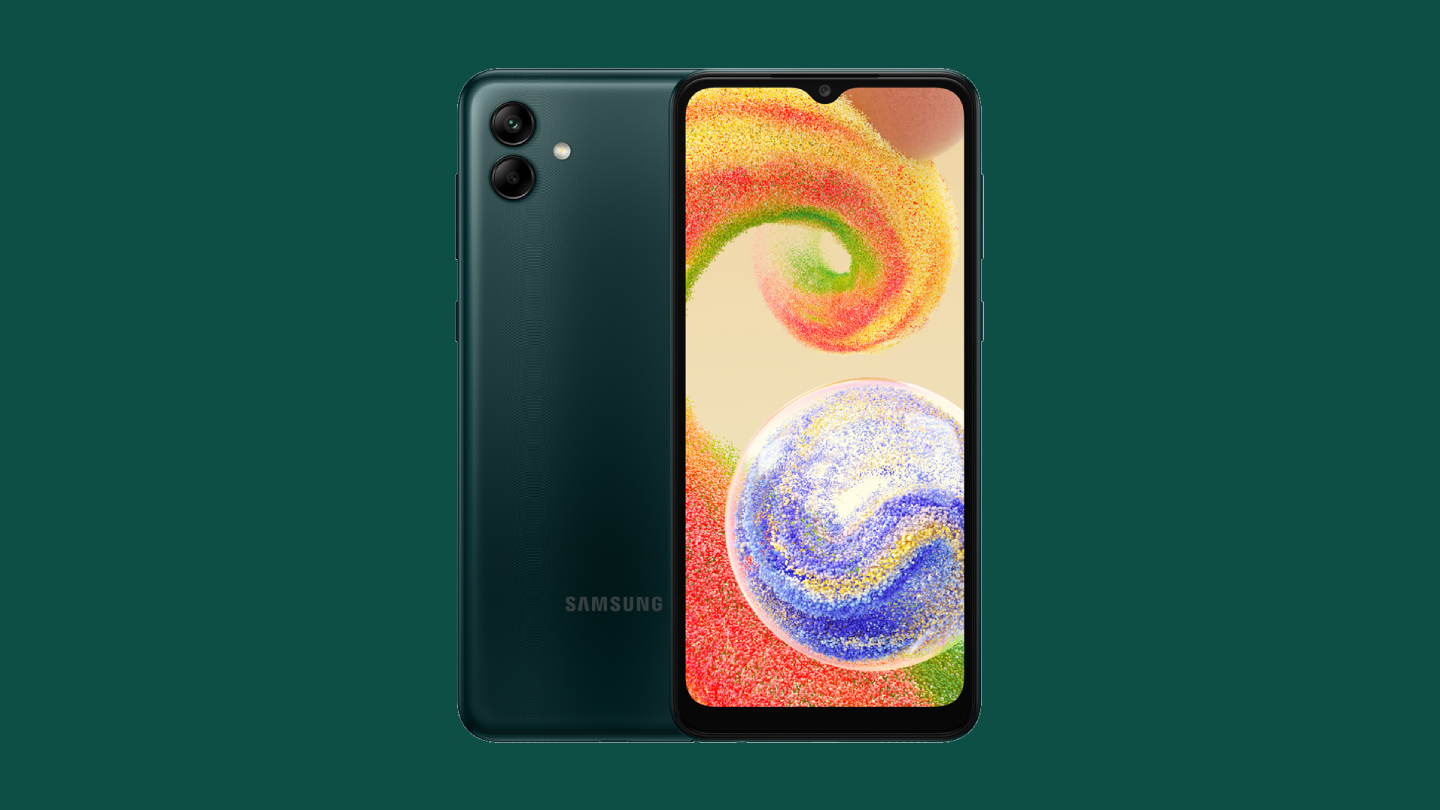 For a good few years, almost every new cheap phone had a 48MP main camera, with mobile manufacturers hoping that a high-res snapper would convince prospective buyers that this was a good camera phone (high megapixel counts don’t equal good quality, but brands likely hoped you wouldn’t know that).

However in 2022 that’s changed, as we’ve seen loads of budget handsets tout 50MP snappers instead, and a new Samsung phone shows that the trend is here to stay.

This is the Samsung Galaxy A04, which has just been announced on the company’s website (opens in new tab), though no pricing or sales information has been provided yet. Judging by the Galaxy A03 from last year, this will likely be the company’s cheapest phone in most regions, as the A03 cost just $160 / £140 (it didn’t officially go on sale in Australia).

In most areas, the phone’s specs scream ‘cheap mobile’ – it has a 6.5-inch HD screen, no fingerprint scanner and an unnamed, but likely weak, chipset. The battery is big at 5,000mAh, a spec we see on most affordable phones, but no charging speed was detailed.

The memory is surprisingly decent, as while there are versions with 32GB or 64GB of storage, you can also get a 128GB model. Likewise, RAM goes up to 8GB, with options at 4GB and 6GB too.

But onto the cameras, the main focus of this article – there’s a 5MP snapper on the front, while on the back there’s a 50MP camera, joined by a 2MP depth sensor.

We’ve seen plenty of budget mobiles in 2022 tout 50MP cameras, especially ones from OnePlus, Realme and Motorola, with brands opting to use this over 48MP in most phones.

It’s worth pointing out that different phones use different 50MP cameras – both Samsung and Sony make smartphone sensors of this resolution that we’ve seen used loads.

One of these is Sony’s IMX766 sensor, which we saw loads at the beginning of the year in phones like the Realme 9 Pro Plus, but since then high-end phones like the OnePlus 10T have adopted it too. This sensor is impressive because it’s rather large, making it great for picking up colors, especially in low-light settings – yet its use in budget mobiles suggests that the component is pretty affordable.

We’re glad that phone brands are adopting 50MP over 48MP – while the actual pixel increase is limited, from a purely experiential point of view, we’ve found that these cameras perform better than the older 2MP-fewer ones.

That’s particularly the case for night photography, which has long been a weak point for mobile phones (not that actual cameras fare well either).

These 50MP cameras are bridging the void between budget phones and the best mobiles out there, making mobile photography just that little bit more accessible. And while we can’t say that the Samsung Galaxy A04 will compete with the Galaxy S22 Ultra, or join our list of the best camera phones, it seems very likely that it’ll outgun the Galaxy A03, and that’s good enough.

The State of ITOps and SecOps: An Inside Look

How to Stop Robots From Becoming Racist