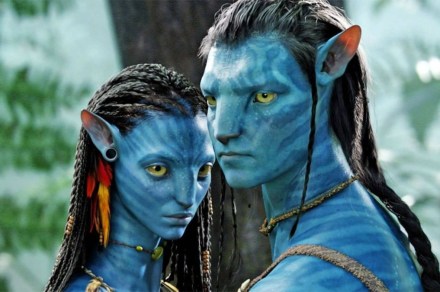 September is the first month of the fall movie season, and it also marks the release of the feature film debut of one of the most popular music acts today, Harry Styles. The former One Direction singer, who just released one of the year’s bestselling albums, Harry’s House, teams with actress-turned-director Olivia Wilde for the surreal thriller Don’t Worry Darling. If this film is good, it will cement Wilde as a director to look out for and Styles as a bankable leading man.

Other exciting films are coming out in September as well. From a major re-release of a James Cameron modern classic (Avatar) to the first commercial LGBTQ+ rom-com from a major motion picture studio (Bros), this month has many movies for many different audiences. If you want to see a new film in theaters in the next four weeks, then here are some movies to keep an eye on.

What’s it about: A group of Russian soldiers transport Hitler’s remains to Moscow.

Who will love it: History buffs, Harry Potter fans.

Preview: Even though this story is fictionalized, the movie looks to be an intense dramatization of what could have happened to Adolf Hitler’s remains. Hopefully, this film won’t inspire conspiracies about Hitler’s death.

What’s it about: A young woman learns dark secrets about the house she’s renting.

Who will love it: It fans, The Whitest Kids U’Know die-hards, anyone scared of Airbnbs.

Preview: Despite Pennywise dying in It Chapter Two (SPOILERS!!!), Bill Skarsgård is not done with horror. The trailers for Barbarian don’t reveal if Skarsgård plays a villain, so that gives audiences another reason to see the film. Plus Justin Long is also in this movie, which might make up for him being in Tusk.

What’s it about: A man goes to the secluded mansion of a girl he met at a bar, but things take a turn for the worse.

Who will love it: Justin Long fans, Horror fans looking for a new take on Dracula.

Preview: Justin Long stars in another horror movie that comes out not only on the same month as Barbarian but also on the same day. Even though House of Darkness is supposed to be inspired by Bram Stoker’s Dracula, the trailers don’t show any vampires, so how is one work related to the other? Neil Labute is the man behind the camera, so we trust he’ll serve up an innovative take on the vampire legend.

What’s it about: A Czech warlord fights the Teutonic Order and the Holy Roman Empire.

Who will love it: Ben Foster fans, anyone who enjoyed The Northman.

Preview: Although Medieval is a Czech movie, it still stars several well-known English-speaking actors including Ben Foster, Michael Caine, and Matthew Goode. Since Jan Zizka is so well known in Czech history, the filmmakers must have wanted cast actors who can appeal to wider demographics. Hopefully, this gambit pays off.

What’s it about: An all-female unit of African soldiers protects their kingdom from European invaders.

Who will love it: Viola Davis fans, people who like historical epics, anyone who likes Black Panther (probably).

Preview: It’s rare to see a real-life African nation be represented in American cinema, but lo and behold Viola Davis and The Old Guard director Gina Prince-Bythewood deliver an action movie about the all-female African fighting force known as the Agojie. Not to mention Davis is aided by several other talented actors including Star Wars‘ John Boyega and No Time to Die‘s Lashana Lynch. Let’s hope this movie can hold us over while we patiently wait for Black Panther: Wakanda Forever.

What’s it about: In the 1950s, an inspector and his underling investigate a murder in London’s West End theater scene.

Who will love it: British comedy fans, people who watch Only Murders in the Building, theater nerds.

Preview: What makes See How They Run different from other recently released whodunit movies is that it’s set in London’s West End. With a cast that includes Sam Rockwell, Saoirse Ronan, and Adrien Brody, this movie has the potential to be funny and intense at the same time. And even though several real-life figures such as Richard Attenborough and John Woolf are characters in the film, this story is fictionalized, meaning they could still be murdered.

What’s it about: A country girl’s aspirations to become a movie star send her down a dark and dangerous path.

Who will love it: X fans, A24 die-hards, anyone who loves modern movies with old-fashion Technicolor visuals.

Preview: A24 isn’t known for making franchises, but Pearl is set to change that. X filmmaker Ti West once again directs Mia Goth, who reprises her role as the villainous Pearl. Plus all the horrible acts she’s going to commit are going to be juxtaposed with the film’s Technicolor aesthetic, which will look great on the big screen.

What’s it about: A 1950s housewife realizes that the idyllic neighborhood that she and her husband live in isn’t what it seems.

Who will love it: Olivia Wilde fans, Florence Pugh enthusiasts, anyone who thinks the 1950s can be creepy.

Preview: Olivia Wilde’s next movie as a director looks nothing like her previous film (Booksmart), and that’s what makes it so exciting. Florence Pugh, Harry Styles, Chris Pine, Gemma Chan, Nick Kroll, KiKi Layne, and Wilde herself star in a movie that is as surreal as it gets if the trailers are anything to go by. Here’s hoping this movie lives up to its inspirations and downplays the recent offscreen controversies surrounding Wilde, Pugh, and Shia Lebeouf, who was fired (or quit?) from the project.

What’s it about: A paraplegic marine is sent to a moon called Pandora to infiltrate the native species, but he soon becomes conflicted about where his allegiance lies.

Who will love it: Avatar fans, James Cameron worshippers, Gen Zers who never saw the movie when it first came out.

Preview: Before you see the highly anticipated sequel, return to Pandora with the latest 4K re-release of James Cameron’s 2009 sci-fi epic Avatar. This film is available in Real-D 3D and IMAX 3D, so you can see it how it’s meant to be seen. Despite its initial success, a lot of people have forgotten the film and its extensive lore, so this re-release is a good refresher before the sequel lands in December.

What’s it about: A therapist discovers a series of frightening occurrences where victims smile before they kill themselves.

Who will love it: Horror aficionados, The Ring fans, anyone who thinks smiling is creepy.

Preview: Based on the short film Laura Hasn’t Slept, Smile intends to right the wrongs of 2018’s Truth or Dare by being a horror movie about smiling that’s actually good. The former’s trailer is suitably creepy, and it looks to take advantage of an audience thirsty for another horror hit after last summer’s The Black Phone.

What’s it about: A gay man tries to have a relationship with another man despite them both having commitment issues.

Who will love it: Billy Eichner fans, romantic-comedy enthusiasts, anyone looking for more LGBTQ+ representation in major films.

Preview: Co-written by and starring Billy Eichner, Bros has the honor of being the first gay rom-com from a major studio and the first major studio movie to feature a mostly LGBTQ+ cast. A film with this level of buzz should at least be entertaining and thankfully, the trailers for Bros offer plenty of funny moments. Hopefully, the rest of the movie can keep that momentum going.

Here are the winners of this year's Gamescom 2022 awards – Destructoid

LibreOffice update might make you consider abandoning Microsoft 365 for good

Destiny 2 getting weapon balance changes, as Lord of Wolves gets nerfed