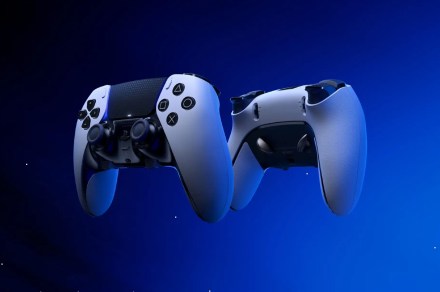 As Sony wrote in the PlayStation Blog, the DualSense Edge controller allows players to fine-tune the controls that tailor to their unique play style. The ability to customize control maps makes it stand out from the original DualSense controller, and it’s something PlayStation’s art director Daisuke Kurihara is very proud of.

“We wanted to build on the legacy of iconic PlayStation controllers by creating a controller that empowers players to experiment and personalize elements based on their own unique playstyle — whether they are a competitive gamer or someone who just enjoys having more options to customize their play,” Kurihara said. “The DualSense Edge wireless controller also features a number of thoughtful design touches that we hope players will enjoy, including a distinct DualSense controller-inspired black-and-white color scheme and a unique PlayStation Shapes pattern on the touchpad and trigger surfaces.”

Get a first look at the DualSense Edge wireless controller: https://t.co/PJEVb216T2

Players can customize the controls by remapping or deactivating specific button inputs and fine-tuning their aim by adjusting analog stick sensitivity and dead zones, which is the distance you move the stick before the game recognizes it. This level of customization can be useful in competitive first-person shooters like Overwatch and Destiny 2 and racing games like Forza Horizon 5.

The best part is you can save your control profiles for each game and swap between them when you switch games, adjust your game setup with the dedicated Fn button, and for the first time ever, change the stick caps and back buttons. The three types of swappable stick caps (standard, high-dome, and lever) help to maintain grip and stability, while the back buttons (high-dome and lever) can be adjusted to any button input. The stick modules can be replaced at any time, although you may have to spend extra money on them since they’re sold separately.

The color scheme for the DualSense Edge is almost the same. However, Sony made it stand out from the original DualSense even further by painting the touchpad black.

It’s unknown when the DualSense Edge controller will be released. Sony will be giving more details about it in the coming months.

Inside That Gory ‘House of the Dragon’ Premiere Episode

Kena: Bridge of Spirits is coming to Steam in September

VTubers are making millions on YouTube and Twitch – TechCrunch

These are the 10 best games we played at Gamescom 2022

These free Windows apps are hiding a dangerous secret