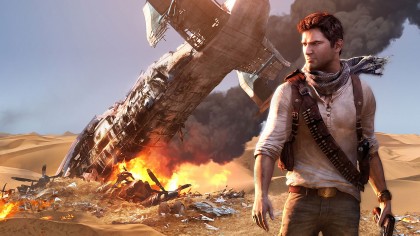 Don’t worry; PlayStation isn’t shifting gears to focus solely on mobile games. Console gaming will still be Sony’s forte. The company is simply expanding. Head of PlayStation Studios Hermen Hulst states in the announcement post (opens in new tab) that these new efforts will be “additive [by] providing more ways for more people to engage with [Sony’s] content.” It’s a similar mindset to the PS5 games that made their way to PC, like Marvel’s Spider-Man. Such moves, by the way, seem to have paid off. God of War, for example, managed to sell over two million copies when it made the jump to desktop.

But unlike those ports, Sony plans to create brand new games for mobile with some titles being based on established PlayStation franchises. It’s confirmed that developers under the Mobile Division umbrella “will operate independently” from the console division, with Sony being fairly hands-off.

At this point in time, it’s unknown what Savage Game Studios, under Sony’s auspices, is working on for mobile platforms. We did contact Sony to see if it’s willing to share any tidbits. This story will be updated if we hear back.

Savage Game Studios (opens in new tab) is a relatively new developer that was founded by a group of game industry veterans. Some of the team includes former staff from Rockstar, Rovio, and even the Sony-owned Insomniac Games.

So far, Savage hasn’t released a single title but the announcement states it’s currently working on an “unannounced AAA mobile live service action game.”  A live service game is a title that aims to keep people as engaged as possible so they play for long periods of time. Think of an MMO like World of Warcraft, a game where the developer is consistently working on new content.

Sony says it’s too early to reveal anything about the game, however previous reports (opens in new tab) state the game is some kind of shooter and it is currently in production (opens in new tab). The launch date is currently unknown. Those reports also claim the game was supposed to release last year, but that clearly didn’t happen. Given that the future title is a live service shooter, our initial reaction was this game could be very similar to Fortnite. It could be a free-to-play game people can enjoy on mobile and that makes money through various microtransactions.

At the end of the day, no one knows for sure but Sony. Although this isn’t a new frontier for the tech giant, the company is probably going for a safe bet with its new division by having a multiplayer shooter be its first game.

This isn’t the first time Sony has taken a crack at the mobile market and we’re not talking about its old handhelds like the PlayStation Vita (RIP).

Back in 2014, Sony launched its PlayStation Mobile platform for Android. Gamers could play a library that consisted of classic games, PS Vita games, and some exclusive titles. However the service never really took off and shut down in 2015. The service’s failure hasn’t stopped the gaming titan, as Jim Ryan, CEO of Sony Interactive Entertainment, said in May 2022 that Sony plans to have half of its titles on smartphones or PC by 2025. Live service gaming is also on Sony’s radar, as it plans on releasing 10 live service titles by 2026. It’s entirely possible that Savage’s upcoming game is the result of this multi-year plan.

Plus, there’s a ton of money to be made on mobile platforms. A recent July 2022 study from Sensor Tower (opens in new tab) reveals the profitability of live service games. For example, Genshin Impact, a live service RPG, raked in $154 million on mobile alone. The US is the biggest market, generating $1.8 billion in June alone.

Whatever Sony is cooking up in its Mobile Division, we just hope it’s good and comes out soon. TechRadar keeps constant tabs on the PlayStation 5 deals and we recommend you check out our recently updated list if you’re in the market for bundles or accessories.

Immortality review: a peeling apart of stories, power and film that can't quite balance on a knife edge

The new iPhone is coming and for Apple's sake, it had better be a hit

How to Stop Robots From Becoming Racist

Intel gives us reasons to be excited about XeSS frame rate booster – but is it too late?

Battlefield 2042’s Season Two is a return to form

How to Redefine the Hybrid Workplace for Experience Parity