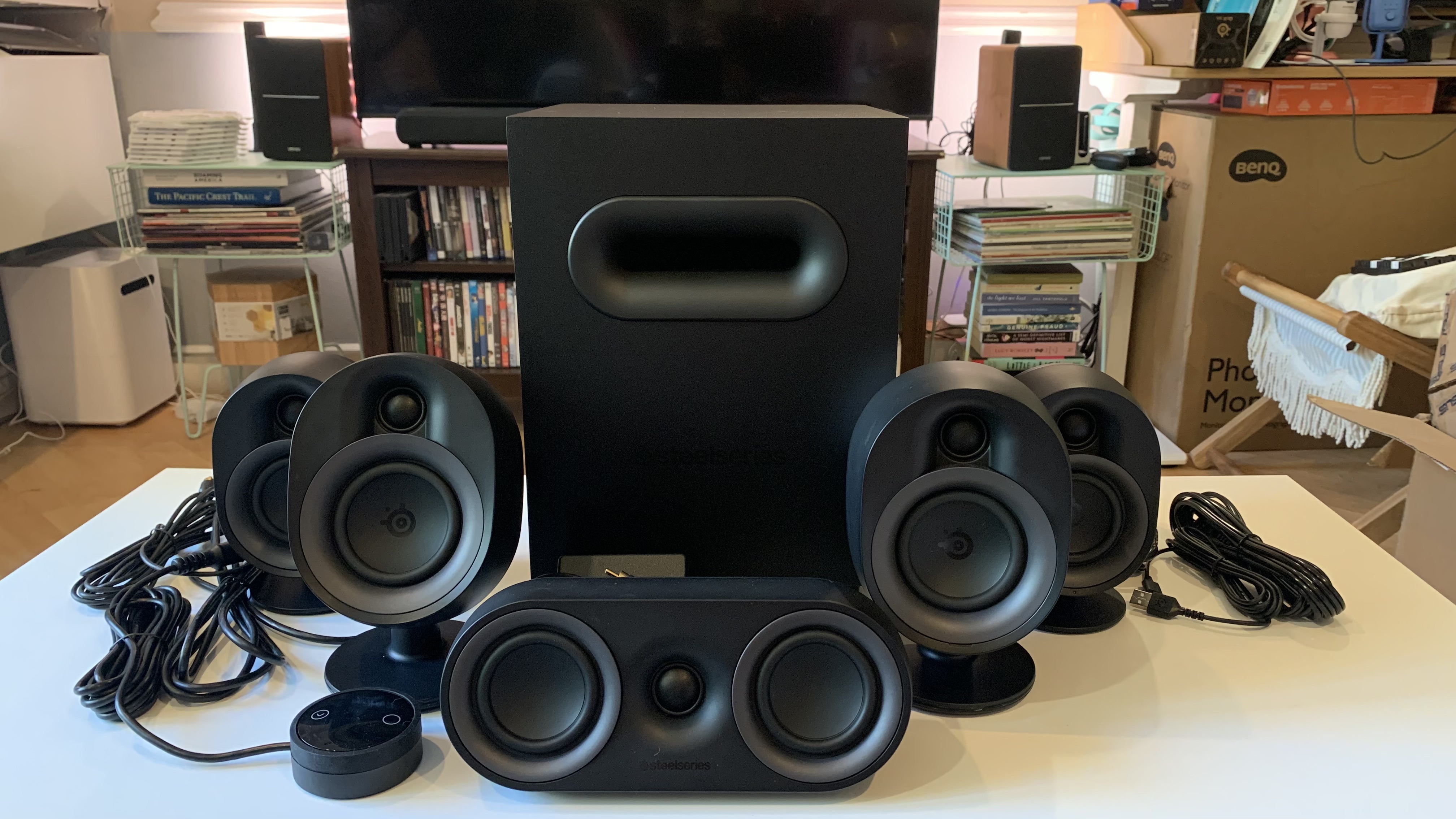 According to The Verge, there are three models in total: Arena 3, Arena 7, and Arena 9, the latter of which is easily one of the best computer speakers on the market right now.

The Arena 3 is the no-frills option with four-inch drivers for PCs, Macs, and other compatible devices. The Arena 7 takes that base model and adds programmable RGB lighting, subwoofers, and PlayStation compatibility.

The Arena 9 model upgrades to a 5.1 surround sound thanks to the added center wedge speaker, two wireless wall-mountable rear channels, and a small desktop control pad with an OLED display that you can plug into the subwoofers.

Though most gaming products see yearly releases for nearly any brand in the market, dedicated gaming speakers seem to have very little in the way of variety, with many gamers forced to rely on non-gaming speakers for that sweet surround sound setup.

That’s what makes SteelSeries’ Arena series such a great product. Not only is it from a trusted brand that churns out some of the best gaming mice, best PC gaming headsets, and best gaming keyboards around, but that it targets such an underutilized market and does so at the three major price points is a great thing for customers.

And, judging by our glowing review of the Arena 9 model, these are excellent speakers that are sure to enhance your gaming experience.

NASA Delays the Launch of Its Giant Moon-Bound Rocket