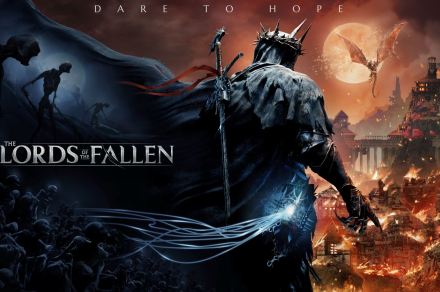 During Gamescom Opening Night Live, CI Games’ Soulslike sequel Lord of the Fallen 2 finally reemerged with a cinematic trailer narrated by Stranger Things’ Joseph Quinn. It confirms that the game is now called The Lords of the Fallen and is in active development for PC, PS5, and Xbox Series X/S.

While the trailer doesn’t show any gameplay, a press release gives more context for what players can expect from this Soulslike RPG. The Lords of the Fallen is set 1,000 years after its 2014 predecessor and will have players exploring the realms of the living and the dead, completing quests for NPCs and slaying tough enemies along the way. This game’s world is five times larger than that of the original Lords of the Fallen, it features online co-op, and everything is being enabled by Unreal Engine 5.

Although The Lords of the Fallen looks like a promising Soulslike RPG on its own, the most interesting thing about this game is its journey to release. Developers CI Games and Deck13 launched the original Lords of the Fallen in 2014 for PC, PS4, and Xbox One. While reviews for it were middling, a sequel was announced soon after with a 2017 release window, although Deck 13 was not involved. Its development was rife with issues, and CI Games made little progress internally before the team was significantly downsized. In 2018, CI Games announced a partnership with a developer called Defiant Studios to finish the game. Unfortunately, that collaboration ended a year later, and Lord of the Fallen 2 fell back into development limbo.

After that, development moved to Hexworks, an internal development team of over 75 people at CI Games. It has reinvented this project as The Lords of the Fallen, more of a successor than a direct sequel, and that’s the version of the game we’ll get if all goes well. That’s certainly a much more complicated development process than you’d expect from a sequel to a mediocre Soulslike from the mid-2010s, and it’s what makes it one of the more exciting announcements from Gamescom Opening Night Live.

While CI Games previously suggested that this game will come out in 2023, no release window accompanied this announcement. We do know The Lords of the Fallen will be available for PC, PS5, and Xbox Series X/S if it finally launches, though.

Puzzle & Dragons' latest collaboration is with the manga series Kingdom

‘Game of Thrones’ v. ‘Lord of the Rings’: The Biggest Battle in Fantasy TV History Is Here