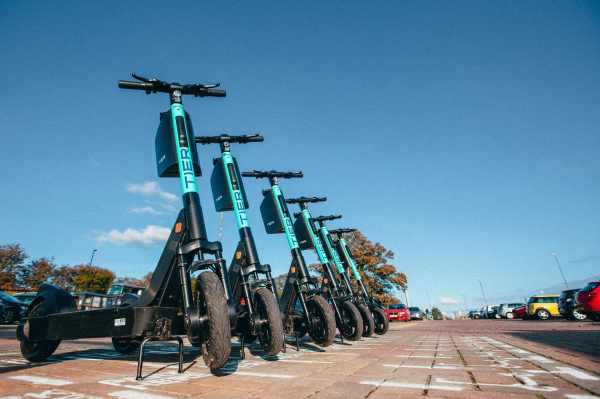 Tier Mobility, the German micromobility giant that recently acquired Spin from Ford, is laying off 16% of staff, or 180 people, according to a LinkedIn post by CEO Lawrence Leuschner and an open letter from the executive that has been viewed by TechCrunch.

“Ultimately, we have to respond to the current economic and funding climate, reducing the number of projects and business lines we are focussing on as a company in order to accelerate our path to profitability,” wrote Leuschner.

Leuschner also noted that he’s committed to helping those who were laid off find new roles. Tier has set up a Tier Alumni page with details of the people who are leaving to assist recruiters. While Tier has not responded to TechCrunch’s requests for more information, the layoffs appear to span a variety of teams, mostly in Berlin, with the highest concentration of layoffs coming from marketing, market development and technology teams. Most employees were informed by team leaders in “1-2-1” meetings Tuesday morning, according to Leuschner’s letter.

Tier’s decision to cut staff is the latest in a string of tech startup layoffs that are particularly concentrated in late-stage companies that are finding the current economic climate a difficult one in which to raise extension rounds and grow into their valuations. Tier was previously valued at $2 billion.

The transportation space has not been immune to this. In June, Bird laid off 23% of its staff, or about 140 workers, due to a dire need to tighten its belt and restructure internally. Last month Lyft let go of 2% of its staff, or about 60 employees, as it shut down its in-house car rental program. And this week Ford Motor Company said it that plans to lay off 3,000 employees as it restructures toward electrification.

The news from Tier comes as the micromobility operator appeared to be on an upswing after raising $200 million in October last year and going on a startup shopping spree. Last November, Tier acquired Nextbike to double down on its commitment to offering e-bikes, as well as e-scooters. In December, the company bought Wind Mobility’s Italian unit to expand geographically. By March, Tier had acquired Fantasmo to bring the startup’s camera-based scooter parking validation technology in-house, as well as Spin from Ford, marking the operator’s entrance into the North American market and making it the largest operator in the world. All of those deals, aside from Ford, were likely primarily stock deals, meaning Tier didn’t necessarily have to shell out cash for them, according to industry experts.

“We have moved away from the strong focus we had on rapid growth and geographic expansion that defined the first few years of the business, and towards ensuring an increased return on investment for our current footprint,” wrote Leuschner in his letter to staff, noting that Tier had been transparent about three months ago with the team about the company’s goals to accelerate its response to the current economic downturn and funding climate. “We have also taken the decision to stop or pause specific projects and work streams that can’t currently demonstrate a clear path to profitability, and we have shared these decisions with you as they have been made.”

Team members who were laid off will have access to severance pay, employee support in finding their next role, including help with CV, LinkedIn and cover letter writing, access to the alumni page, mental health support for three months of leaving the business and the ability to keep all office equipment and laptops for permanent employees. Tier is also offering equity and dropping its one-year cliff on ESOP for everyone hired in the past year.

This story has been updated to include information from the open letter sent by CEO Lawrence Leuschner.

Here is some more gore from The Callisto Protocol