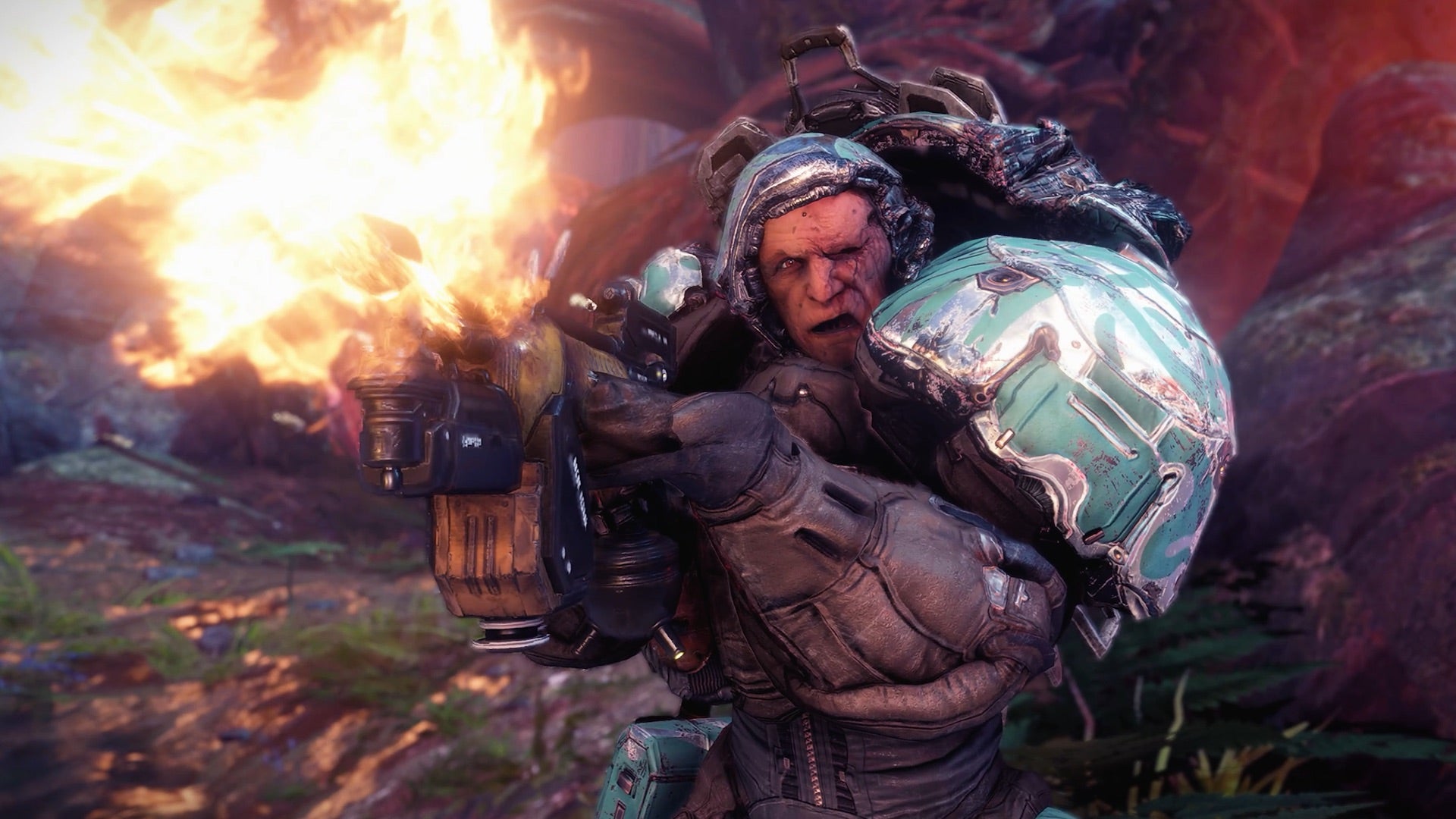 Digital Extremes has shared more on Warframe’s Veilbreaker update, confirming it’ll be launching for all platforms some time in September, and that players will be able to get instant free access to Styanax – the sci-fi shooter’s 50th Warframe – for two weeks after its arrival.

Styanax – who gets a proper introduction in the animated Ascension Day trailer below – is described as a “mighty and herculean” Warframe whose designed is inspired by the ancient Greek warrior Astyanax. His abilities include the Axios Javelin – which can push back enemies on impact, causing damage if they hit a wall – and the Tharros Strike shield, capable of repelling enemies and reducing their shields and armour as it’s swung around, regenerating Styanax’s health with each successfully landed blow.

Styanax can also call on Rally Point to draw enemies to his position and regenerate the energy and shields of nearby allies (regeneration increases as the number of enemies near him grows), or deploy Final Stand – causing him to rise into the air and unleash a barrage of javelins that’ll damage nearby enemies upon hitting the ground. Additional damage occurs on a direct hit.

Away from Styanax, Veilbreaker sees the return of fan-favourite New War character Kahl-175 in a new single-player quest. Here, players will guide Kahl on a mission to investigate a Murex ship near Deimos and find the source of a mysterious signal, using powerful new abilities and tech to battle a Sentient army, as well as returning Archon boss enemies. Additionally, Kahl will playable in a series of new weekly co-op missions, enabling players to increase Kahl’s rank upon completion and earn new customisations along the way.

Elsewhere, reworks for a number of systems – including Thrown Weapons – are promised upon Veilbreaker’s arrival, as are new cosmetics and changes to Warframe’s Prime Vault programme based on player feedback. More details on the latter will be shared closer to launch.

There’s no release date for Veilbreaker just yet, but it’ll be hitting PC, PlayStation, Xbox, and Switch siumultaneously when it arrives next month. Warframe’s ambitious Duviri Paradox expansion will then follow some time in “winter 2022”.

Poco M5 and M5s will be announced on September 5, specs leak

How to watch NASA launch its mega moon rocket on Monday

‘House of the Dragon’ series premiere is the biggest in HBO’s history, with almost 10 million viewers – TechCrunch